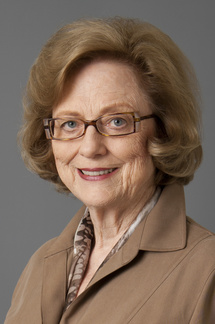 Joining the faculty in the School of Dentistry in 1979, Dr. Bebeau brought the research and practice of educational psychology to design and validate ethics curriculum for dental education and practice. By including a program of longitudinal research, she earned the acclaim of colleagues in each of five professions—evidence that her work generalizes well beyond dentistry, her original field of professions education. She has met criteria for educational research in publications in dentistry and medicine, developed learning outcomes in military education, contributed to competence assessment in professional psychology, and crossed the tenuous bridge to legal education, recently publishing in a law journal. Along the way, she extended the theory of moral sensitivity, judgment, identity, and action. She consistently built on the work of seminal thinkers in the field of morality and identity: Lawrence Kohlberg, James Rest, and Robert Kegan. Her research program has significantly critiqued and advanced these fields in ways that make theory continuously relevant and expansive in professions education. In recognition for her “exceptional scientific and scholarly contributions to education research and practice” she was named an American Educational Research Association (AERA) Fellow in 2011.

Specifically, Bebeau, with the colleagueship of James Rest, pioneered an interdisciplinary evidence-based approach to teaching ethics in dentistry. For this work, cited as the first evidence-based dental ethics curriculum, she was the first woman inducted as an honorary fellow by the American College of Dentists (ACD). She has been asked to speak at most of the US Dental Schools about this work in research and curriculum development, recently conducting a series of Faculty development workshops for the American Dental Education Association (ADEA) through the American Society for Dental Ethics (ASDE). Both the curriculum materials and assessment measures have been made available to other educators through the Center she and Rest established in the early 80s. http://www.ethicaldevelopment.ua.edu/

Evidence of the breadth of Dr. Bebeau’s contributions is reflected in the following: The American Educational Research Association (AERA) awarded Postconventional Moral Thinking: A Neo-Kohlbergian Approach (Rest, Narvaez, Bebeau, & Thoma, 1999) an Outstanding Book Award from Division I, Education in the Professions. Further, Dr. Bebeau’s widely cited research on functional processes that give rise to morality, and on teaching and assessing ethical development, are summarized in the Institute of Medicine's Integrity in Scientific Research: Creating an Environment that Promotes Responsible Conduct (National Academies Press, 2002) and form the basis for its recommendations for education in Responsible Conduct of Research (RCR). Her work on RCR education was enriched by her experiences as Chair of the Ethics Committee for the American Association for Dental Research. In that role, she surveyed research leaders to learn the prevalence of questionable research practices, organized a symposium to explore the role of scientific societies in deterring misconduct, developed a consensus statement on future directions of the AADR to promote research integrity, and published proceedings in the Journal of Dental Research.

In 2003, Bebeau received a Civilian Meritorious Service Award for curriculum work on character and leadership development as Visiting Scholar and Professor of Character Development at the W.E. Simon Center for Professional Military Ethics at the United States Military Academy. Her work (with James Rule) on professional identity formation—which she expanded for West Point--is summarized in Dentists Who Care: Inspiring Stories of Professional Commitment(Quintessence Books, 2005).

In 2005, though not a member of the American Psychological Association (APA), she served on an APA task force on competence assessment. The results just appeared in four publications in Professional Psychology: Research and Practice. In addition to this work for professional psychology, she has served for eight years on the Professionalism Committee of the Minnesota State Bar Association, and her work has been cited by the legal ethics community, especially since her publication in the St. Thomas School of Law Journal. For example, in 2010, she was an invited speaker on Professional Identity Formation for two national symposia on legal ethics.

In 2007, Dr. Bebeau was named to the Daniel Laskin Lectureship in Professional Ethics at Indiana University. In September 2008, Dr. Bebeau accepted the national achievement award from the American College of Dentists on behalf of the Upper Midwest Section of the College. The award recognized Minnesota’s approach to ethics curriculum—noting not only the long term involvement of Minnesota dentists in the design and validation of outcome measures which Dr. Bebeau originated, but the 25 years of service ACD Fellows contributed by providing one-on-one feedback to some 2000 students over the course of its history. While Dr. Bebeau was the program’s chief architect, she calls it the “Minnesota approach” to professional ethical development. The role of professionals in the design and validation of that curriculum is described in several published book chapters.

In 2009, Dr. Bebeau’s longstanding work “mentoring sanctioned professionals” was described in two articles, with subsequent commentaries by noted educators in law, medicine, and dentistry. The articles describe the (1) measures of ethical development designed and validated for dentistry, (2) report pre and posttest assessments of sanctioned professional’s ethical competencies, compare them with norms established for dental graduates, and (3) retrospectively link sanctions with short-comings in ethical competencies. Remediation, designed to target identified deficiencies in competence are carried them out—in some cases over months of individualized instruction.

Dr. Bebeau’s primary research interests are the processes involved in ethical decision-making (sensitivity, reasoning and judgment, commitment, and actions) and their role as determinants of ethical behavior.