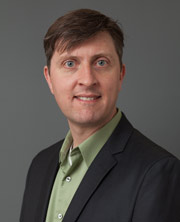 Division of Oral and Maxillofacial Pathology

My major interests are in understanding transcriptional gene regulatory mechanisms and signal transduction pathways that contribute to bone health and disease.

Transcriptional Regulation of Osteoblasts by HDAC7 and Runx2

Osteoblasts are the cells responsible for building new bone. There is great need in many orthopedic and dental conditions for new therapies to enhance bone growth and regeneration by osteoblasts. Formation of osteoblasts from mesenchymal stem cells involves Runx2, a transcription factor often called the master regulator of osteoblasts. Runx2 binds to the promoters of numerous target genes and can either activate or repress expression of these targets. I showed that Runx2 represses gene expression by recruiting Histone Deacetylase 7 to its targets. Loss of HDAC7 enhances osteoblast formation in cell culture suggesting that the Runx2-HDAC7 interaction might be a novel target to enhance bone growth. I then found that Bone Morphogenetic Protein signaling activates PKD to disrupt Runx2-HDAC7 interaction. Current projects in my lab include characterizing the effect of osteoblast-specific deletion of HDAC7 in mice, and investigating other partners and targets of HDAC7 in osteoblasts.

Regulation of Osteoclasts by HDACs and BMPs

Bone is broken down or resorbed by specialized multiucleated cells called osteoclasts. While this is an important part of normal bone maintenance and repair of damaged bone, excessive osteoclast activity leads to destructive bone loss in many cancers, arthritis, and periodontal disease and can contribute to loosening or failure of dental or orthopedic implants. Consequently there is a need to better understand the factors that regulate osteoclast formation and activity.

The transcription factor MITF is recruited at an early stage of osteoclast formation to the promoters of genes necessary for their differentiation but expression of these genes remains off until cells receive additional signals. I began a collaboration with Dr. Kim Mansky in which we used cell culture models to find that Histone Deacetylase 7 binds to MITF and represses transcription of osteoclast genes. Binding of HDAC7 to MITF is disrupted by the RANK Ligand cytokine, allowing gene expression and differentiation to proceed. We are following up on these studies to identify and understand other targets of HDAC7 in osteoclasts and how they are regulated.

Another collaborative project in my lab has been studying how BMP signaling regulates osteoclasts. BMPs are used clinically to promote bone growth and healing by osteoblasts. Working with Drs. Raj Gopalakrishnan, Kim Mansky and Anna Petryk, our group found that BMPs can also act directly on osteoclasts to increase bone resorption. This effect may contribute to destabilization or failure of bone regeneration protocols. We are currently using a variety of in vivo and in vitro models to determine the signal transduction pathways used by BMPs in osteoclasts.