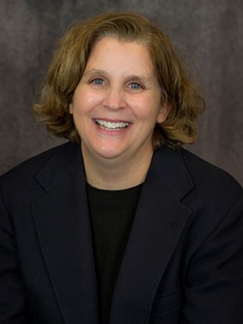 Bone is often thought to be a tissue that does not change once it is formed; however, bone is very dynamic and is constantly being remodeled. In healthy individuals, bone formation and resorption are in balance. Osteoporosis, which affects ten million people in the United States and puts at risk another thirty-four million Americans, is a result of the uncoupling of bone formation and resorption. Osteoclasts are the bone cells responsible for resorption. Characterizing molecular mechanisms that regulate osteoclast differentiation have become crucial because of the substantial morbidities and associated public health costs of uncontrolled bone destruction. Combinations of epigenetic modifications are proposed to coordinate gene expression during cellular differentiation. In cells other than osteoclasts, proteins that regulate methylation and acetylation, two common epigenetic modifications, have been shown to regulate multiple cellular functions. The Mansky lab is currently investigating the role of various epigenetic proteins and their role in regulating osteoclast differentiation. Epigenetic inhibitors are being tested separately and in combination clinically to treat various diseases; therefore, it is critical to characterize their role in osteoclast differentiation to determine the effect on skeletal health.

The myocyte enhancer protein 2 (MEF2) family of transcription factors are a common target of histone deacetylases (HDACs). HDACs are a group of epigenetic regulators that deacetylate chromatin to inhibit gene expression. Female mice null for MEF2A in osteoclasts had increased bone volume/total volume; however, male mice null for MEF2A in osteoclasts had no significant skeletal phenotype. In culture, osteoclasts null for MEF2A are smaller and have less activity compared to osteoclasts isolated from wild type mice. In cardiac cells MEF2A and HDACs have been shown to regulate estrogen signaling. Estrogen signaling is a negative regulator of osteoclast differentiation and activity. Currently the Mansky lab is investigating the role of MEF2A and HDACs in regulating estrogen signaling during osteoclast differentiation.

Bones in the mandible and the maxilla are developmentally and functionally distinct from the bones in the appendicular skeleton. Studies from transgenic mouse models demonstrate bone site specific osteopetrosis. In these mouse models, the osteopetrotic skeleton does not always correlate with a loss of tooth eruption suggesting that regulation of osteoclast activities in the jaw and the rest of the skeleton differ. Preliminary studies from the Mansky lab in collaboration with Dr. Amy Tasca have confirmed osteoclasts from the marrow of the mandible are larger in size compared to osteoclasts derived from the marrow of the femur. We are currently conducting studies to characterize the properties of jaw osteoclasts compared to femur osteoclasts.