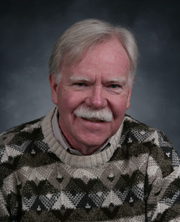 Dr. DeLong is a Professor Emeritus in the Department of Restorative Sciences, and a member of the Minnesota Dental Research Center for Biomaterials and Biomechanics (MDRCBB).

Dr. DeLong's expertise in physics and dentistry led to the development of A.R.T. (Artificial Resynthesis Technology), an oral simulation environment, which is often referred to as the "Artificial Mouth." The Journal of Research & Development chose it as one of the 100 most significant new technical products of the year. Along with co-developer, Dr. William H. Douglas, Dr. DeLong received the "I.R. 100 Award" for the development of a "Biomaterials Evaluation System (Oral)" in 1983.

Dr. DeLong also developed a software program, AnSur? (Reagents, Univ. of MN), that could take data from a 3D surface digitizer and use it to measure surface changes with time. The addition of an optical digitizer spurred the development of the "Virtual Dental Patient" (VDP). In 1997, Dr. DeLong received a NIH/NIDCR grant to test the hypothesis that a virtual computer rendition of a dental patient (VDP) and its clinical source are closely correlated over a wide range of clinical conditions.

In 2004, Dr. DeLong became the Director of the Minnesota Dental Research Center for Biomaterials and Biomechanics (MDRCBB). Established as an industrial/academic collaboration, with the 3M Foundation and 3M Dental Products Division providing the founding funds, the MDRCBB works with industry on the development of new dental biomaterials. New materials are evaluated using technologies in the MDRCBB to determine their applicability and chances for clinical success in the oral cavity. The MDRCBB has been continuously funded since 1991.

Robotics and its application to simulation of an artificial oral environment

Board Qualified by American College of Prosthodontists, 1981