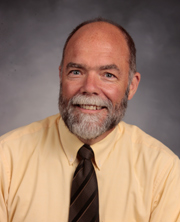 Dr. Madden is an Clinical Professor, Division of Operative Dentistry, Department of Restorative Sciences in the School of Dentistry, University of Minnesota.